SAINT FRANCIS AND THE “FONDERAS”

Many years ago, when Real de Catorce was still a very rich mining town, a procession of women used to arrive through the tunnel every morning, with donkeys carrying baskets full of home-made food and churns of milk to sell to the miners.

All the way from Puerto de los Aguadores Gate, to the Cemetery Gate, there were fondas, tiny little restaurants, where you could buy home-made food. The keepers of these places were all women, and we used to call them fonderas.

One of these fonderas was an old woman, called Jezabela, whose fonda was in a tiny, dark room, near the cemetery. Jezabela was a strange old thing. She never said a word to anybody, so nobody ever spoke to her, either! Not even to say, ‘Good morning!’

In those days, the statue of Saint Panchito still had a special place in the cemetery church, just down the road from the fondas. Whenever the fonderas were cooking, Panchito would climb down from his niche in the church, and go to check that the fonderas were doing a good job.

As time went by, old Jezabela got angrier and angrier with the ‘stranger’, who would always stand and watch her while she was working. One day, she just couldn’t stand it any longer. When the ‘stranger’ arrived, Jezabela was stirring a pot of boiling hot mole. She stopped working and shouted something very rude at him. Then, when he came in the door, she took a spoonful of hot mole and threw it straight at him! The steaming liquid landed on his bare hand!

Panchito didn’t move an eyelash. He just asked Jezabela, very kindly, to kiss his hand. But she had no intention at all of doing that! “You just get out of here, you dirty old rat!”, she screamed. So Saint Francis turned round and started to walk away. But just as he was going out of the door, Jezebela threw another great spoonful of boiling hot sauce at him, and this time it splashed him all over his back!

So, this is why the statue of Saint Francis of Assisi in the church of Real de Catorce is burnt on the back of his hand and all over his back, too – because of the mole and the hot chili sauce that the horrible old fondera splashed him with!

People hated Jezebela even more after that, and legend has it that, that same evening, after hearing what had happened, her own husband, Jacinto, took out his great old machete and killed her, stone dead – and all because she had terribly offended Saint Francis. Everybody really respects Panchito here in Real, you see… 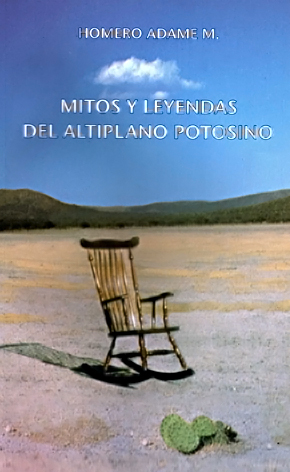 You can find more Mexican myths and legends in another blog: Mexican folk stories.