Yo me encomiendo mucho a

Myths and legends from the State of San Luis Potosi: The Pakan and the Lintsi

THE PAKAN AND THE LINTSI

All over the world, you can hear tales of giants. Every civilization has its legends about these ancient inhabitants of the planet and their adventures many, many years before we human beings inhabited the Earth. In the Huasteca area of the state of San Luis Potosi, people still tell stories today about the Lintsi, the descendants of the Pakan.

The Téenek (native of the Huasteca) say that during the creation of the universe, the world, the plants and the animals, God also made the Pakan – a tribe of enormous giants who were given the

Huastecan mountains as their homes. It is from the Pakan tribe that the many different races of the Earth evolved and populated our planet.

The Lintsi – one of these great races – made the Huasteca region their home. Very tall, corpulent beings, with three feet, two arms, very hairy bodies and huge eyes, they were very different from human beings today. Because their only form of nourishment was the perfume of exotic flowers, raw plants and vegetables, they had no teeth, but ingested their vaporous ‘food’ through their large, very well developed noses.

The Lintsi were a peaceful tribe that lived in harmony with nature. They were not hunters, no one hunted them and so they lived very happily until a new tribe appeared in their Huastecan lands: the very first human beings. These were short and fat, and they ate food with their mouths, such as raw meat from the animals they hunted and fruit they picked from the trees.

When these first human beings saw the Lintsi became quite terrified because such giants were so enormous and, those humans supposed, very strong indeed. But when the humans realized that the Lintsi were a peaceful tribe, they decided to chase them out of the hills. And this they did, killing them in a strange, one-sided war in which only one side wanted to fight, and the other offered no resistance.

One day, the Lintsi organized a meeting of the whole tribe and decided to go away to another place, where they could go on living in their usual way, in peace and harmony with the world, far away from their enemies. But wherever they went, the human beings always followed them…

Time went by and the Lintsi died out. They were, it seems, exterminated by the cruelty of men. But maybe somewhere in the very centre of the earth some Lintsi may still survive, because it is said that the last Lintsi ever to be seen were standing at the entrance of a cave in the Huastecan hills. So, maybe those mythological creatures somehow found a way to go on living happily ever after on this planet, far away from the cruelty of human kind. 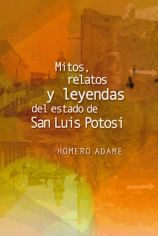